An eccentric man of means crosses paths with a shy cellist after encountering the neighborhood's beloved stray dog. Touched by the beauty of her playing, the man offers the string player a strange but lucrative gig: to play at his funeral, which he knows, somehow for certain, to be imminent. Becoming friends, and ever keenly observed by their newly-adopted canine companion, the two find themselves face-to-face with their greatest fears and most limiting beliefs, all of which they must conquer if they are to learn to love themselves, heal their souls, and find their way back home.
Main Characters:
Supporting Characters: 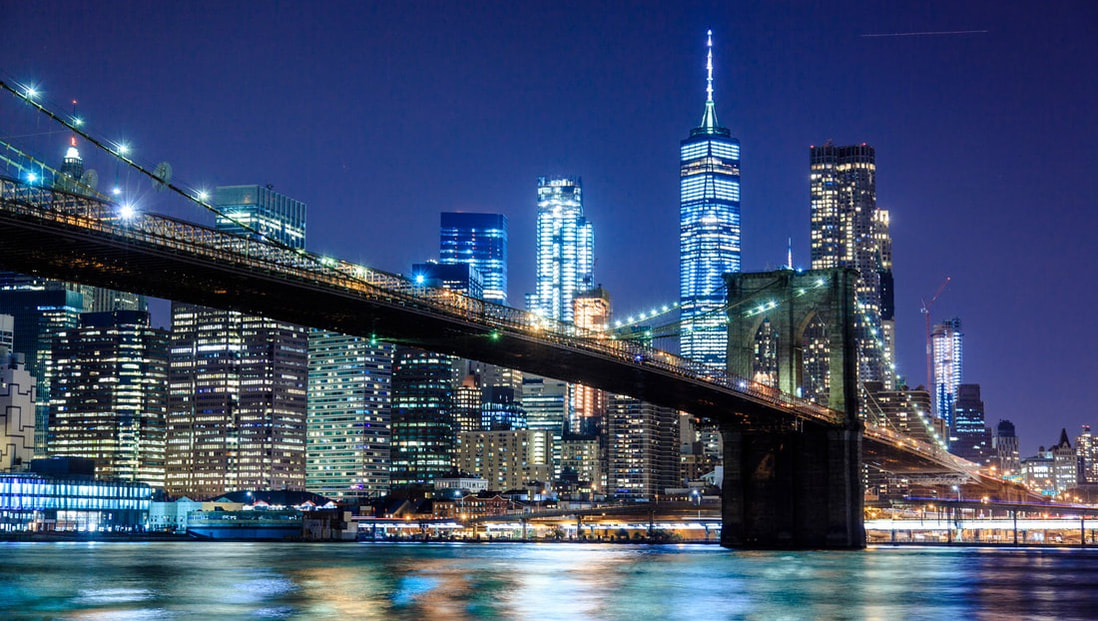 Show Format:
Ray of Sunshine is designed to be a live-performance concert event, performed in two acts, with one intermission in between. Despite its narrative elements, the show requires neither spoken dialogue, action, blocking, nor traditional dramatic interaction between the characters per se. Instead, the company performs the story through its emotional core, over the course of the show's twenty-seven musical numbers, which include complete songs, instrumental interludes, as well as segues, and reprises of the various themes of the show. By using music and song as the show's sole conveyor, the goal is that the audience experience its emotional impact in its most direct fashion. A brief synopsis of the show's storyline (see "Synopsis") can be provided as program notes during live performances, as an option for audience, if they so wish, to more explicitly understand the plot they are about to experience.
List of Numbers:
Synopsis:
New York City. Manhattan’s Upper East Side. Early one morning, Ray (range from mid-20s to mid-50s), an international man of means, arrives in the city, and rents a basement office in an unremarkable brownstone—formerly home to a small medical practice—and begins setting up what appears to be some kind of amateur science laboratory (SEASONS COME AND GO).

Meanwhile, the talented-but-shy Selina (24), enters and fires up the music store where she works, one floor above Ray’s new lab, while on the streets below Ray and his fancy sports car falls prey to a duo of swindlers: a confidence man, and his canine accomplice (NOW OR NEVER). Ray, unperturbed and unconcerned with the loss of money, gets on with his day.

When the con-man is arrested, the old dog, who the man refers to as “Sunshine,” escapes capture. Realizing herself to be a “chosen” dog with a purpose in life, she seeks a companion, and comes across Ray, identifying him immediately as her new owner (SUMMER LIKE SOMETHING); Ray, fastidious and untethered, begrudgingly accepts this role.

Nudged on by Sunshine, Ray attends an open mic at the local music store—the one above his lab—where he is captivated by a stirring performance by a talented cellist, who is none other than Selina (LONG ROAD HOME). Inspired by her music, Ray clumsily introduces himself to her, commissioning her to play for him at an event he is holding in “about a month.” Selina gives him the brush off, until one of her colleagues recognizes him as “one of the richest men in Europe,” commenting that Selina does not have the luxury of turning down such an opportunity, mysterious as it is. Ray invites Selina to lunch, the next day, to discuss details. She accepts.

Lunch turns out to be dinner, at the top of the Eiffel Tower; the two of them fly in one of his private jets (BEAUTIFUL ADVENTURE), making it to Paris just in time for first seating—which means little, as he has rented out the entire restaurant for the night anyway.

On the plane, Ray, drinking champagne and caught up in the moment, reveals personal information, including that he is Swiss, very rich, that he somehow never learned to swim, that aside from “La Tour” he hates heights, and that it has been difficult for him at times, as a gay man in amongst his particular family’s personal culture (THESE GAMES WE PLAY). As the two continue to talk, Sunshine sings herself to sleep (SUMMER LIKE SOMETHING).

At dinner, Ray off-handedly mentions that he has three weeks to live, and that the event he was hoping she would play at was to be his funeral. Selina, shocked, presses for more information, but Ray is vague with specifics, and instead deflects by trying to set her up with one of the Parisian musicians playing for them in the tower restaurant (PASSING MOMENTS).

As they fly back in the wee hours of the morning, Sunshine, who has spent their whole time in Paris sleeping, wakes up to join Ray staring at the moon and stars through their cabin windows (STAR OF NIGHT). They bond, and Ray decides that having a canine companion during his last days might not be such a bad thing after all.
~ Intermission ~
Ray and Selina agree to be lunch buddies. They alternate meeting at each other’s place of work, and take turns introducing one another to each of their favorite spots in the city. Selina one day mentions that the nearby Queensboro Bridge will be lit up in rainbow lights as part of a gay pride celebration, but stops herself short, realizing that the lighting will be around the time Ray is supposed to have expired. Ray seems to have forgotten this, and needs reminding by Selina, something she finds strange, but she doesn’t press, and once again he offers no more information. After a week of lunch dates (LITTLE RAY OF SUNSHINE), Ray invites Selina to his home to meet some of his friends. But Selina has a big audition the next day, and must practice.

On a Friday night, the world closes up shop for the week (VAGABOND). At Ray’s party (LIGHT UP THESE EYES), Ray remains reticent towards his guests (ANOTHER WAVE PASSES), until eventually they all leave. As soon as the last guest has left, Selina unexpectedly arrives. Buoyed by her presence, Ray allows himself to be convinced by Selina to play a song he composed. She has brought her signature yellow cello from practice, and the two play together: a beautiful duet he wrote many years ago (THE GIRL FROM THE WELL). Sunshine, seeing that all is going well, heads out to go and have some fun around town.

Selina reveals that she was seriously injured as a child, and was thus led to believe she was helpless, and a burden on others. She fights a war every day against this belief, instead choosing to believe that one day she will see herself as worthy of love—not just romantic love, but deep, inner self-love. Meanwhile, she talks loudly in private, and shuts the heck up in public. Except around Ray, who seems to bring something out in her. Ray then reveals he was abused as a child, and that his terminal medical condition is “a result of this.” He won’t look like he is deteriorating, but he is, and one day, he will just be gone, like that. Selina suggests ice-cream and Audrey Hepburn movies, which Ray can agree to. He sets her up in a spare bedroom.

Meanwhile, Sunshine, believing that her purpose has been fulfilled, rings in the new day by staying up to watch a beautiful sunrise (WE CAN HAVE IT ALL).

In the morning, Selina stumbles across chemicals, and beakers, in a bathroom. When she casually mentions it to Ray, he becomes awkward and curt. Before she can apologize, he scoots her out brusquely. Looking to make amends, and bearing a chocolate Eiffel Tower as a peace offering, Selina goes to Ray’s lab, but is horrified to discover that, all this time, he has been carrying out plans to create a suicide draught, hence his having an exact knowledge of the time and nature of his impending death.

​Ray arrives, and the two argue (NEVER LOOK DOWN). Panicking, he tries to destroy his lab, and in a frenzy, he accidentally pushes Selina; she lands hard against a wall. Winded, and hurt, she leaves, speaking shyly and meekly as she had prior to his positive effect on her.

A few days later, Ray enters the music store to apologize. He encounters a memorial service in progress. Jumping to conclusions and assuming, incorrectly, that it is Selina who has died, Ray, in despair, races out of the store. In that moment, Selina enters the main room—she had been in a storage room, gone to replenish the event’s supply of tissues, for a much-loved patron and open mic frequenter, recently deceased.

Ray has run to the Queensboro Bridge, and now stands ready to jump. First responders arrived, and cordon off the section around where Ray stands, resolved that he take his life then and there (I MUST FOLLOW). Elsewhere, Sunshine eats scraps from out of a trashcan. Out of nowhere, she has an intuition, and abandons her meal. In the music store, the memorial service has ended. Selina is packing up for the day, when Sunshine shows up, with an urgency that Selina cannot ignore. Sunshine runs towards the bridge; Selina must follow.

At the bridge, Ray is ready to jump. As he prepares himself to release his grip from the bars that hold him from the waters below…

Ray looks up to find the affable, caring face of Sunshine staring at him. He tells her firmly to go away. She barks back at him. She raises her paw. Ray begins to cry. He can’t do it when she’s watching, so she had better leave, he tells her. She opens her mouth and smiles at him, raising another paw. He screams at her, and swipes after her; she runs, but returns and stands, faithfully, by his side every time. Meanwhile, Selina, who has followed Sunshine, fights her way with renewed assertiveness through the responders: if they want him to live, they’ll let her through.

Ray steps over the grate, but it’s to get back onto the bridge to chase Sunshine away. She won’t relent. Eventually, he screams himself to extinguishment, and collapses by the dog, holding her tightly, and crying out in all of his grief, from years and years of sadness, as a figure—Selina—approaches behind him. She kneels by him, he extends his arms, grateful that she is indeed alive, and embraces her as well; the three hold one another, as Ray weeps silently.

A responder has arrived. Fearing trouble, Sunshine heads in the opposite direction. Before she goes, Selina calls out to her: Good girl, Sunshine, as the bridge, right on schedule, lights up in a symphony of color, shining down upon the waters below and the boroughs surrounding. Finally understanding her purpose, Sunshine regains her wisdom, and heads across the rainbow bridge (BABY, I’M BOUND). Ray, feeling the warmth of true caring, sees a spark of love for himself within himself, and chooses living, one day at a time (BEAUTIFUL ADVENTURE, REPRISE). As the bridge illuminates to a dazzling rainbow, Sunshine heads into the light.

GO TO THE STORE